What is the correct score? 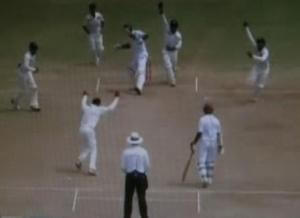 Our team, the Jolly Cricket Club, won the toss and decided to bat first against the Springdale Cricket Club.

Ashok and Brijesh opened the innings. They were playing quite well, but Brijesh got out. According to the final scores at the end of the innings, he had scored 68 runs less than Ashok.

Chetan, then, joined Ashok and kept the score going. But, Chetan too was bowled out. He had scored 52 runs more than Brijesh.

Next man in was Deodhar. Deodhar was playing well but he ballooned a simple catch and had to return back to the pavilion.

Evan joined Ashok now. At the end of the inning, Evan scored 16 runs more than Deodhar but 26 runs less than Chetan. The total runs scored by Chetan and Evan was 126.

From the information provided above can you tell the total runs scored by Jolly Cricket Club, and also the individual scores of each batsman?