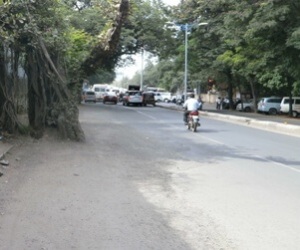 My friend, Swapnil, picks up his son from school every day. Swapnil has a motorcycle; every day he starts from home and rides at constant speed to reach school at exactly 5pm, when the school gets over. He picks up his son and immediately rides back home following the same route.

However, every Saturday the school gets over at 4pm, an hour earlier. Swapnil is absent-minded; last Saturday he forgot what day it is and started from home at his usual time so as to reach school at 5pm. The poor boy, of course, started walking towards home immediately after school got over at 4pm.

Swapnil realized his mistake only when he met his son on the way. Anyway, nothing could be done about it now. Swapnil and his son returned home on the motorcycle. They returned home 30 minutes earlier than on any other day. The question is: How long (the length of time) did the boy walk before he was picked up by his father?