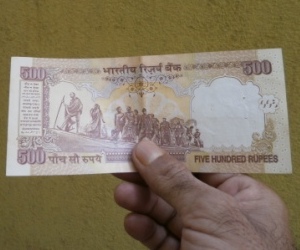 While on the subject of fake notes, I remember a very simple teaser a friend asked me a few years ago. It was a simple question and I had answered immediately (it is an altogether different matter that my answer was wrong, but I had answered almost immediately).

This is what my friend told me: A customer goes to a shop and buys an expensive pen worth Rs 200. The customer hands over a Rs 500 note to the shop-keeper. However, the shop-keeper does not have change and, so, goes to the neighbouring shop to get the change.

After some time he woke up on being rudely shaken. He found standing before him the neighbouring shop-keeper.

The poor shop-keeper had to take back the counterfeit note and hand over five crisp 100-rupee notes to the neighbour. The question is: How much loss did the shop-keeper suffer?