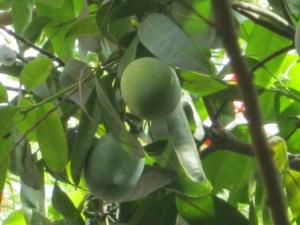 I will never make a good seller. Years ago when mangoes were quite cheap, I took to selling mangoes. I learned the tricks of the trade from a friend who also sold mangoes.

I parked my cart a little distance away from my friend's cart. Both of us sold only 30 mangoes each, every day. My friend sold mangoes in twos. He sold two mangoes for one rupee (mangoes were quite cheap in those days).

Thus, my friend sold two mangoes for one rupee, and collected 15 rupees at the end of the day after selling all his 30 mangoes.

I sold mangoes in threes and sold them cheaper. I sold three mangoes for one rupee. Thus, at the end of the day, I collected 10 rupees after selling all my 30 mangoes.

So, between the two us, we collected 25 rupees each day.

So, that day I had 60 mangoes to sell. Incidentally, it was my wife's birthday and I had promised to take her out to dinner; I had to reach home early to keep my promise. I decided to sell the mangoes in lots of five so that they would get over soon. I decided to sell five mangoes for two rupees - three of my mangoes for one rupee and two mangoes of my friend for one rupee.

The strategy worked and I soon sold off the mangoes. But when I counted the cash, I was in for a surprise. I had collected only 24 rupees instead of the 25 rupees I was expecting. How did the earnings reduce even though the selling price was apparently the same? Can you figure this out?