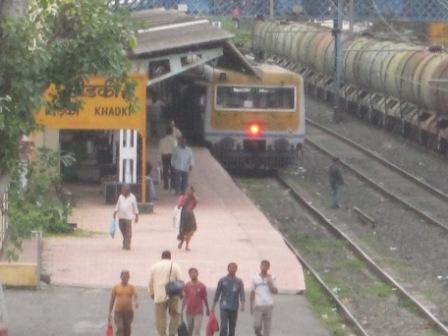 All of you love to travel; all youngsters do. But Shrikant hates to travel. The word travel conjures up visions before his eyes of heavy luggage, which he has to carry.

Shrikant's uncle is a miser. If the uncle wants to visit any place, he carries the whole house with him! The reason: You never know what you may require at an unfamiliar place; so, it is better to carry everything with you instead of spending money on buying them again. This logic scares Shrikant to death because it is he who has to tow the mountain of luggage; it is he who has to get the baggages inside the train and it is he who has to take them out again when they reach the destination. If Shrikant is around, Uncle forgets that porters exist.

Uncle also likes to travel in passenger trains rather than express or mail trains because passenger trains charge a lower fare. But the passenger trains halt at every station and take longer to reach. Uncle argues that it doesn't matter if you reach your destination two hours late; but if you save some money in the process, that is what counts!

He may not be inclined to spend money, but Uncle likes to travel in style. He likes to have the whole coach to himself and does not like to be disturbed while he is sleeping. It is Shrikant's job to ensure that. Uncle makes him stand at the train door with his face sticking out throughout the journey; Uncle believes that if someone stands that way at the door, other passengers think that the coach is full and they don't try to get inside when the train halts at stations. So, Shrikant has to stand at the door like a notice board announcing that the coach is reserved.

It isn't surprising therefore that Shrikant doesn't like to travel. But, whether he likes it or not, he has to travel. He is going to Madanpur with his uncle today. His aunt and cousin sister, Tempi, are also going. And going along with them is a huge water vessel, a lantern, handbag, a can of betel nuts, items of food, sleeping bags, and a large suitcase stuffed with clothes. On reaching the railway station, a posse of coolies rushed to offer their services, but Uncle waved them off. "Hey, do you think we can't carry our own luggage? Don't we have hands?"

"Why can't he lift? At his age, I have lifted heavier stuff. Shrikant, hurry up and pick up the things."

Uncle waved at the porters as though he were waving away flies. But the coolies still remained in spite of the reprimand. Uncle warned them, "Do not touch my luggage, I will not pay you a single rupee." He went away to buy the tickets.

When Uncle returned with the tickets, Shrikant was still struggling with the luggage. Uncle offered to help him. "Shrikant, balance the trunk on your head; I will place the smaller suitcase on top of it. Pick up the bigger suitcase with your right hand, and press the sleeping bag against your side and under your left arm. You can easily hang the two lanterns on your left arm. Go and keep these things in the train first, and then you can return to carry the remaining things. Hurry, else we will miss the train. Come follow me."

"What's the matter? Why are you standing like a statue? Do you want to miss the train?"

One porter picked up courage to come forward. "The little boy cannot manage to carry so many things; he will drop them and break them, and the train will also leave."

If a porter was hired he would have to be paid, but if things fell from Shrikant's hands and broke it would be a greater loss. But there was no time to consider alternatives; Uncle had to hire two porters. Shrikant heaved a sigh of relief.

The small procession made for a lovely sight. The two porters led the procession with the heavy luggage; Aunt carried the water vessel; Tepi carried a betel nut box; Uncle sweated under the weight of a small handbag in one hand and a hand fan in the other, which he had to frequently use to cool himself; Shrikant brought up the rear of the procession bent under the weight of the extra trunk, which was thrust upon his shoulders.

Uncle found an empty coach; it was surprising that no one else had bothered to get into this coach. He immediately unrolled his sleeping bag and stretched out upon it. It was a tiring job carrying the handbag and he needed some rest. The guard blew the whistle and the train commenced its journey. As the train gathered speed, a cool breeze gushed through the coach; Uncle heaved a sigh of relief.

Shrikant sat on one side massaging his sour shoulders.