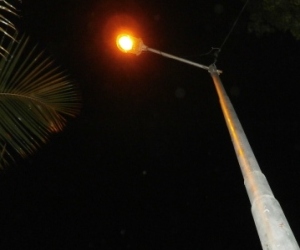 [This is only a feeble translation of a short story by Gurudev Rabindranath Tagore. The objective is merely to exhort readers to read the original or better translations. The story has two narrators: The first part of the story is narrated by detective Mahimchandra, and the second part is narrated by a friend or a professional colleague - it could be Harimati (my personal opinion). It is a hilarious read although the outcome may have been anything but hilarious for Mahimchandra. Mahimchandra is a police detective, and aspires to earn fame in his profession. He craves for some complex case to come his way so that he can prove his worth. He notices a youth near his house. The youth's furtive manner arouses his suspicion. Obsessed as he is with finding a complicated case, Mahimchandra is convinced that he has been presented with one on a platter. The detective devotes his energies towards unravelling the youth's secret. He befriends the youth, and takes up residence in the same lodge as Manmoth. He discovers that Manmoth is a college student who has preferred to stay back in his lodge instead of returning home during the vacations. Mahimchandra even enlists the assistance of Harimati, a female colleague; Mahimchandra tells Manmoth that he is in love with Harimati. In the end it turns out that Manmoth and Mahimchandra's wife were childhood friends, and Manmoth still admires her. Well, all along while Mahimchandra had been spying upon Manmoth, the youth had been keeping a sharp eye on the detective and his alleged love affair. Manmoth's intention was to report everything to Mahimchandra's wife so that she could take steps to correct her "wayward" husband. Thus, Mahimchandra's "complicated case" produces complications in his own life. At the very beginning of his narrative, Mahimchandra tells the readers that there were only two prime concerns in his life: his wife and his job. Although the story does not tell what actually happened in the end, it would not be hard to guess that the detective must have had a lot of explaining to do to his wife; as regards his job, well, if he continued to pursue cases like this he couldn't have progressed far in his career.]

I am a police detective. I had only two attractions in my life: my wife and my profession. Earlier, I lived in an extended family. However, since my wife was not shown proper respect, I quarreled with my elder brother and found a place of my own. My brother was the breadwinner in the family; it was, therefore, rather rash to abandon the comforts of the home.

But I had immense confidence in myself. I was confident that just as I had managed to get myself a beautiful wife, I would be able to turn the wheels of fortune in my favour. Mahimchandra shall not stay behind in this world.

I joined the lower ranks of the police force but soon climbed the ladder to become a detective.

Even the brightest flame leaves a dark patch; my wife's affection was tainted by some distrust. My work required my absence, and this aroused her suspicions. "You are always away, and it is only occasionally that we meet. Don't you worry about me?" she would ask to provoke me.

"It is my job to be suspicious. For this reason, I do not bring it home," I would tell her.

"It is not my job to be suspicious; it is my nature. If you give me the slightest reason to be suspicious, I can go to any length to clear my doubts," my wife would retort.

I was determined to excel as a detective. I had read all books on crime detection, and this fueled my ambition.

The criminals in our country are cowards and silly. The crimes they commit are straight-forward and lack ingenuity. The murderer is unable to suppress the strong emotions after committing the act. The forger expands his network but gets trapped in his own web ultimately; he lacks subtlety. There is no fun in being a detective in such a country. What recognition is there to be had?

I have easily apprehended gamblers and cheats on several occasions, and each time I have muttered to myself, "My God! You fellows are a disgrace to the criminal class! Misfits, the lot of you! It is the job of master criminals to bring about the ruin of other people; you stupid fellows should have chosen to be ascetics!" I have caught murderers and said to myself, "Are the Government's gallows meant for these inglorious creatures? These fellows have neither imagination nor self-confidence, but claim to be murderers!

I often pictured the streets of London and Paris in my mind. There is a forbidding yet alluring underworld of crime behind the beauty and limitless multitudes in such cities. In our own Kolkata, all that you can see in the homes are people engaged in household chores, cooking, children studying for an examination, groups assembled for a game of cards or chess, marital discords, or, at the most, disputes between brothers, and legal advice. Nothing more! When you look at any house, you never get an impression that at this very moment some fiend might be sitting in a corner of that house and planning his diabolical schemes.

(Acknowledgement: Youthaffairz thanks Michael Wynn, editor of Historyradio.org, for correcting the mistakes in this translation of Rabindranath Tagore's story.)