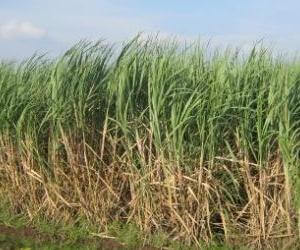 (This is a feeble translation of a story by Munshi Premchand. The objective is merely to exhort readers to read the original or better translations. We have included a summary of the story on the last page.)

Halku came and told his wife, "Sahana has come to collect the dues; give me the money you have set aside. I will pay him up; I can breathe easy after that."

Munni was sweeping the floor. She turned and said, "There are only three rupees. If you give that away how can you buy a blanket? How will you spend the winter months in the fields? tell him you will pay him after the harvest, not now."

For a moment Halku stood in a state of uncertainty thinking over the matter. The coldest winter days were almost knocking at the door; it was impossible to sleep in the field without a blanket on such chilly nights. But Sahana was not likely to give in; he would insult and hurl abuses. Better pay him up and get rid of the trouble.

Halku was a heavyset man, and not the lightweight person as his misleading name suggested. He came closer to his wife and pleaded, "Give the money; let me get rid of this trouble. I will think up something else for the blanket."

Munni moved away and rolling her eyes said scornfully, "Yes, you will think up something else! Let's hear what you will do. Is someone going to present you with a free blanket? Don't know how much we owe; no matter how much we pay, our debts don't ever seem to become any less! Why don't you give up tenant farming? You work yourself to death, and yet if there is a good harvest it only goes into paying off debts! It seems as though we were born merely to keep paying our debts all through our lives. Take up employment as a labourer; it will be better than such useless farming? I will not give the money .... I won't."

Halku was depressed. "So, what do I do? Listen to his abuses?"

Munni said angrily, "Why should he abuse you? Does he rule here?"

But she lowered her raised eyebrows immediately. There was in Halku's statement a harsh truth, which was like a deadly germ.

She fetched the money and gave it to Halku. Then she said, "You give up tenant farming. We can at least enjoy our bread peacefully from the money earned through labour. No one will be able to browbeat us then."

Halku took the money and with heavy steps made for the door. He felt very miserable, as though he were about to tear his heart and give it away. He had very carefully saved the three rupees for a blanket; today, he had to give the money away. His head felt heavier with every step he took under the weight of his poverty.