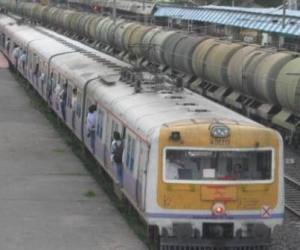 (This is a feeble translation of "Nasha", a story by Munshi Premchand. The objective is merely to acquaint non-Hindi readers with Premchand's stories. Better translations are available. We have included a summary of the story on the last page.

Ishwari was the son of a wealthy landlord and I was the son of a poor clerk who had no property other than his sweat and toil. We often entered into hot debates; I criticized the landlords and described them as wild animals, and blood-sucking leeches. Ishwari defended the landlords, but usually, his defence fell flat because he could not offer strong reasons for his support. His argument that all are not made equal; there are rich and poor people in the society and this will always be the case, was untenable. There could be no humanitarian or moral rule to justify such an arrangement in society. During these debates I usually became very agitated and said some harsh things. But, Ishwari accepted his defeat with equanimity and smilingly. I never saw him get angry; the reason, perhaps, was that he realized the frailty of his arguments.

Ishwari spoke with a degree of arrogance while dealing with servants; he had in him a large measure of the callosity and arrogance which rich people usually display. He flew into a rage if the servants made the slightest delay in laying the bed, or the milk was warmer or colder than his liking, or the bicycle was not washed properly. He could not tolerate laziness or scurrilous behaviour. But with friends, especially with me, he was the epitome of courteousness and humbleness. If I had been in his shoes, perhaps I too would have cultivated the same haughtiness because my love for equality was not owing to any high principles but rather the result of my own poor conditions. But had Ishwari been in my shoes, he would have continued to show the same grandiosity because he, by nature, loved luxury and richness.

This time during the Dussera vacations I decided not to go home. I did not have money for the fare, and I did not wish to pester my parents for money. I was quite aware that the money they sent me for my expenses was well beyond their means. Then, the examinations too were drawing near, and there was much to study. Whoever can study at home?

But the thought of remaining all alone in the boarding house was also a depressing one. So, when Ishwari invited me to accompany him to his home for the holidays, I needed no coaxing and accepted the invitation at once. Ishwari and I could study and prepare for the examinations together; although rich, Ishwari was diligent and sincere.

However while extending the invitation Ishwari cautioned, "But brother, bear this in mind. If you criticize landlords while at my place, matters could turn bad and my parents might feel hurt. They have been ruling over the tenants with the firm belief that tenants have been created to serve them. The tenants also believe this; if it is suggested to them that there is no real difference between landlords and tenants, then the landlords will be in trouble."

"So, do you think I will be transformed into a different person at your place?" I retorted.

Ishwari did not offer any reply. Perhaps, he left the matter at my discretion; it was good he did so, else I might have held obstinately to my views.

I had never traveled in a second-class compartment. It was for the first time I would be travelling second-class! The train was scheduled to depart at 9 pm, but in our great ecstasy to be away, we had reached the station in the evening, much ahead of the departure time.

After strolling around for a while, we went to the refreshment room and had our meals. From my behaviour and attire, it did not take the waiters very long to recognize who was the chief and who was the sidekick. I do not know why, but their impudence irked me. It was Ishwari who footed the bill. Probably these waiters earned much more money in tips than what my father earned in salary. Ishwari placed a tip of 50 paise before leaving the table! I had expected the same alacrity from the waiters with which they served Ishwari; when he asked for something why did the waiters hasten to execute his orders but showed lassitude when I demanded something? I could not enjoy the meal; my whole attention was focused on this discriminatory conduct.

The train arrived, and we left the refreshment room to board it. The waiters saluted Ishwari; they did not even look at me. "These waiters are so well-mannered; the servants in my house cannot do any work properly," Ishwari commented.

"If you also give them 50 paise in tip every day, they will show better respectability," I said somewhat caustically.

"So you think the waiters were respectful merely in the expectation of a tip?"

"Oh no! Good behaviour and respectability are in their blood!"