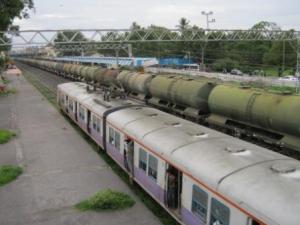 "Which station is it?"

I did not have to peer out of the window to see which station it was. I knew it. I worked in Ahmedabad, but my hometown was Pune. I travelled to Pune three-four times a year and knew all the stations along the route. I had boarded the train at Ahmedabad, and it had made its first halt at Vadodara.

"Doesn't know! Doesn't know which station it is. They don't know anything." the man started muttering."

I felt a rush of anger, and my first impulse was to shout back at him. But I held myself back. He had not heard me. He was quite elderly, and his hearing might not be good, or perhaps I had not been loud enough, or maybe the terrible noise at the platform had prevented him from hearing me.

"Oh, Vadodara! It was earlier known as Baroda and ruled by the Gaekwad dynasty." He was well informed. But not a word of apology did he offer to me.

I was still feeling annoyed. What if I did not know which station it was? Neither did he. Where was the reason for him to mutter, then? He was also occupying the lower berth; he could have looked out of the window to see for himself. But no, he had to ask me. Haughty fellow!

From the way the daughter-in-law was massaging him, he appeared to be suffering from some illness. Maybe he found it hard to move around and turn around to look out of the window.

For almost an hour, I kept thinking about the man and his haughtiness. Thoughts, both for and against his behaviour, came to my mind. I had brought along something to eat. I ate the stuff and lay down to sleep. It was 8 p.m. I must catch some sleep; the train would reach Pune very early in the morning. I did not have any further communication with the man.

Sleep refused to come. But towards dawn, I dozed off. The body's natural alarm clock woke me up minutes before the train was to reach the station. That was fine; I just had to slip my feet into my shoes, pick up my bag, and get off the train. The man and his daughter-in-law had gathered up their things and were ready to leave.

The train arrived at the station. I got down, and so did the man and his daughter-in-law. We went our ways without exchanging a word between us. It was just another ordinary train journey.