Their Name Liveth for Evermore 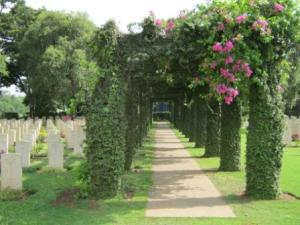 Khadki (earlier known as Kirkee) in Pune, which is one of the oldest cantonments in the country, has a novel landmark - the Kirkee War Cemetery (KWC). 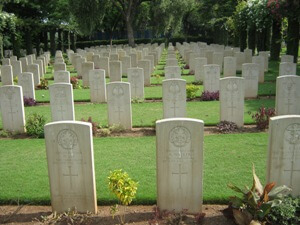 The cemetery is a beautiful tribute to soldiers who laid down their lives during the first and second world wars. Orderly rows of headstones of equal height and width give the impression of soldiers awaiting orders to commence their march.

The KWC was erected in 1952 and is maintained by the Commonwealth War Graves Commission (CWGC). There are 1,675 headstones, and twelve panels which have inscribed on them the names of 1,800 soldiers from the first world war and 200 names from the second world war. 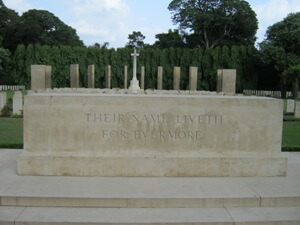 The CWGC was founded by Sir Fabian Ware, who was commander of a mobile unit of the British Red Cross. Ware wanted to ensure that the final resting place of the dead was not lost forever. Today, the CWGC maintains cemeteries and memorials at 23,000 locations across 153 countries. The KWC is one of them.

A distinguishing feature at the KWC is that the casualties have been equally honoured without distinction of rank, race or creed. All headstones are of equal height and width. Also, the headstones of officers and soldiers stand next to one another.

The cemetery and the memorial, situated on six acres of land, are meticulously maintained by four gardeners, a supervisor and the manager. The KWC receives two to four visitors every month, usually from overseas. There are two sisters from Scotland who come to visit the cemetery and have described it as a "beautiful and very special place".