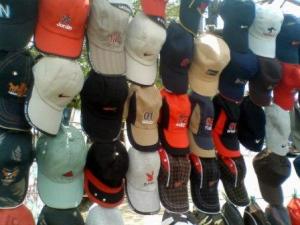 There are ten soldiers, who have been captured by the enemy and are to be executed the next day. The king is ruthless but, at the same time, he believes that every soldier, condemned to death, should be provided one last opportunity to escape death as every brave soldier has the right to conquer death.

The king's minister tells the soldiers that they would be made to stand in a single column and a cap, either a red one or a black one, will be put on each man's head. A soldier will not be able to see the cap he is wearing. The soldiers cannot turn back, and cannot communicate with one another.

Starting with the last in the queue, that is the tenth soldier, each would be asked to tell the colour of the cap he is wearing. He has to simply answer "Black" or "Red" loudly so that all the others can hear his answer. The soldiers who answer correctly would be set free.

The soldiers were, then, left locked behind to concur among themselves. The execution was to be carried out the next day.

Next day, the soldiers are made to stand in a single column, and the leader occupies the last position. The prisoners are blindfolded and either a red or a black cap is put on their heads. The blind-folds are removed.

These are a few necessary hints:

1. When the leader yells out "black", he does so merely to execute the plan. His cap, fortunately, turns out to be black and so he escapes death. If his cap had been red he would have been executed, but the other nine would have answered correctly anyway. Based upon the leader's reply, all the others can identify the colour of the caps they are wearing.

2. The number of soldiers is ten, an even number. This plays an important role in the plan.