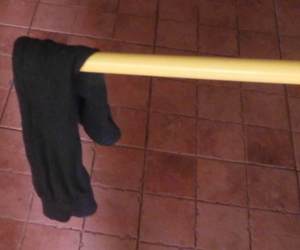 I don't approve of this method of obtaining a seat in a train, but a friend found it useful and explained the method to me with a straight face.

The friend, when he was a student, studied in a college, which was about 100 kilometres away from his hometown. He, lived in a hostel. A number of his classmates from school had enrolled in the same college, and so there was never a dull moment. Now, 100 kilometres is hardly any distance ... just a matter of two hours by train. But they avoided coming home during the weekends because they had a lot of assignments to complete and submissions to make.

Long vacations, like the summer vacations, were a different matter. They had to come home! A two-hour train journey, even if they have to travel standing in an overcrowded train, is not a backbreaking task for a bunch of college students. Since their journeys were always unplanned and impromptu, the boys never had the time to make reservations; they had to travel in general coaches, which were always overcrowded. Although the boys could travel standing, a seat was always welcome.

One of the chaps hit upon an idea to obtains seats. It was, of course, hot in the summer months when they had their vacations. When it is hot, one tends to sweat; the boys sweated. The boy who hit upon the idea sweated the most; the sweat glands in his feet worked overtime and his socks would be drenched in minutes! If this boy removed his shoes, the odour caused even the most insensitive nose to flinch! This guy, despite all his other faults, could be depended upon to reach the railway station early.

He would arrive early, jump into the waiting train, place his smelly socks on the seats, and then jump out again to wait for the others. It worked! The odour was so strong that other passengers, despite the large number of travelers, avoided the coach.

Once, however, an old man arrived carrying a walking stick. He seemed to have the most obdurate nose; the smell failed to stop him from entering the coach. The train window opened; a portion of a walking stick stuck out with a sock dangling at its tip; the stick dipped and the sock dropped neatly into the gap between the train and the platform. The stick disappeared and reappeared with the other sock; the same procedure followed and the sock flew to meet its partner down somewhere.

Within seconds the coach filled up; there were only a few minutes before the departure of the train. My friend and his friends made the journey to their hometown standing all through the two hours. The sweaty friend reached home sock-less!