Encounter With a Ghost 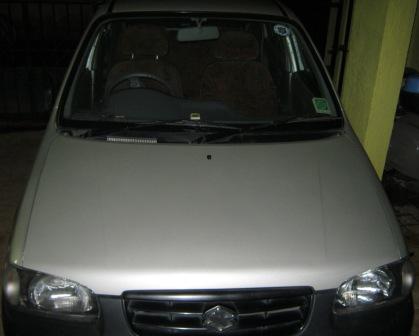 Do ghosts really exist? If they exist, they have never shown themselves to me. I am not sure whether I would be able to admire them if they decide to bless me with their appearance. My heart is rather weak, and I have heard that ghosts are very wicked.

I cannot say for sure whether it was a ghost, but I witnessed a strange incident while I was in Ranchi. No, this incident did not occur inside a mental asylum, but outside - on a government-owned road; it was not a highway, but quite a wide road.

Let me tell you about it.

After hiring a bicycle, I set out for the Hundru Falls. After covering around seven miles, one of the tyres went flat. It is said that danger often comes where danger is feared. And bicycle tyres go flat where danger is feared! It was a lonely stretch of road; the nearest village was almost five miles away. But, I could not have walked the five miles, carrying the bicycle on my shoulders; I don't think I could have walked the five miles even if I were to leave the cycle behind. For almost half an hour, I considered the two alternatives: walk forward five miles to the nearest village or walk back seven miles to my lodge. My answer to both these options was: come what may, I will not walk.

The dusk fell, and the moon came out. A tiger had been seen in the vicinity of this region, and I was on tenterhooks that I shall soon hear its roar.

But I have always been an optimist. Something is bound to happen to deliver me from this predicament! I have only to bide the time. Something of this kind always happens in storybooks; nothing surprising about it. Has the hero of a story ever become a tiger's meal? Then, why should I, a story writer myself, end up in a tiger's stomach?

I spent another 30 minutes waiting for that inevitable event to occur. Eventually, my wait was rewarded. I saw a lorry approaching at a speed that was neither too slow nor too fast. It was going towards Ranchi. It was a cold wintry evening, and the mist had obscured the sight. I drew out my torch and flashed it to attract the driver's attention. The lorry came near, went past me, and disappeared around a corner.

Shame on these lorry drivers! Do they drive with blinkers on their eyes?

It seemed I would have to walk the seven miles to my lodge, dragging the bicycle along with me. The thought depressed me; I decided to wait for a few minutes more.

Meanwhile, the mist became quite dense, and the moonlight grew faint. Just then, I saw two yellow eyes, piercing through the mist, approaching me. Was it a tiger? No, it could not be a tiger - the eyes were too wide apart. I flashed my torch yet again. It was a small-sized car that was approaching so slowly that even a pedestrian could have overtaken it within no time.

But the car showed no inclination to halt; it continued to proceed at its slow pace.

I was desperate. Something had to be done and at once! The car owner may not feel it necessary to be sociable, but I had to think of self-preservation.

I went near the car, turned the door handle, and hopped inside. It is neither easy nor safe to jump into a moving vehicle, but what could I do? I could not afford even a minute's delay. This car was probably the only opportunity I would have to return to Ranchi in flesh and blood.

The bicycle remained by the side of the road. Let it remain. I do not think tigers like to eat bicycles. I will tell the bicycle's owner about it in the morning. I will not have to do much; the owner, learning about his cycle, would curse my forefathers and me, but would come and retrieve the bicycle himself.

I made myself comfortable in the car, and addressing the driver said, "Please drop me at the Lalpura corner, near Dr. Jadugopal's house ..."

I could not complete the sentence. My throat suddenly went dry, and no words would come out; my eyes wanted to bulge out of their sockets; my limbs became paralysed; despite being a wintry evening, I broke into a cold sweat. The seat that was supposed to be occupied by the driver, was vacant!

"Ghost," the word escaped my lips involuntarily. The ghost, however, paid no attention to me and the driverless-car continued its journey at the same slow pace.

There was no driver, and the car's engine was also not running. Yet the car was moving, and it was moving in the right direction. So, I abandoned all hopes of life and remained sitting in the ghostly car; it was much more comfortable than walking. I have never been able to defeat laziness; this time also, laziness triumphed.

After nearly two hours, the vehicle almost reached a level crossing. I heard the sound of an approaching train and saw its lights in the distance, but the car did not stop. Just because I was taking a free ride, did the invisible ghost want me to become a member of its team? I must get out of the car immediately.

Somehow I managed to turn the handle and jump out. The car also stopped at that very moment. Moments later, the train whizzed past roaring deafeningly all the while.

For a few seconds, I lost my senses but regained them after the train passed. No, I was not dead! The car was also in one piece! It was standing like a picture by my side. It was deep suspense ...

Just then, a bespectacled person emerged from the rear of the car.

"Will you please help me?" he requested. "If you help me push the car, I will be much obliged," he said. "The car stalled on the way, and I have been pushing it all alone for almost eight miles. I did not find a single person on the way who could lend me a hand. If you help me ... it is just a matter of minutes now ... my house is only a few hundred metres away after crossing the tracks ... you can see my house from here."