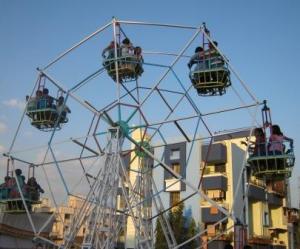 (This is only a poor translation of "Bade Bhai Sahab" by Munshi Premchand; the objective is merely to exhort readers to read the original story or better translations.

The narrator likes to play; he doesn't like to study and yet he not only passes his examinations but passes with flying colours! The elder brother, on the other hand, studies and studies and yet fails! Does this imply that the elder brother is stupid? My personal opinion is a big NO. Some people have a better memory than others: it is nature's gift! So, I don't think it is fair to correlate the ability to recall memory with intelligence. The elder brother blames the education system, which is biased towards rote learning, for his failures. I find myself sympathezing with him. I think that is the first takaway from this story: the bias towards rote learning.

My elder brother was older than me by five years but only three grades above in school. He had also started going to school at the same age as I had; but when it came to important matters like education he did not like to make haste. He wanted to build a strong foundation that could support a magnificent palace. So he completed in two years what could have been completed in one year; sometimes it took him three years. If the foundation was weak, how could the building be strong?

I was younger, and he the elder. I was nine years old, and he was fourteen. It was his birthright to keep an eye on me, and it was incumbent upon me to regard his words as the law.

He was very studious by nature, and always sat with a book open before him. Perhaps it is to relax his tired brains that he would draw pictures of birds, dogs, and cats sometimes in his notebooks, and sometimes on the margins of the textbooks. Sometimes he wrote the same name, word, or sentence ten or twenty times. Sometimes he meticulously copied a poem in beautiful handwriting. Sometimes he conjured up such words which held neither any meaning nor any congruity. For example, I saw the following written in his notebook: Special, Amina, Brothers-Brothers, Actually, Brother-brother, Radheshyam, Mr Radheshyam, For an hour. Thereafter, he had drawn the picture of a man. I tried my best to solve the puzzle, but was unsuccessful. I did not dare to ask him. It would have been much too presumptuous on my part to have tried to decipher meaning in his creations.

I did not like to study. To sit with a book even for an hour was to me a herculean task. Whenever the opportunity presented, I would bound out of the hostel and rush to the playground. There I enjoyed myself by tossing stones in the air, flying paper butterflies, and if I happened to meet a friend then it would be sheer joy; we would climb up a wall and jump down, or sit on the gate and swing it to and fro as if we were driving a car. But the moment I re-entered the hostel room, my heart would give a lurch upon seeing the serious countenance of my brother. "Where were you?" would be his first question. This question was asked always in the same tone and, in reply, I always maintained a silence. I do not know why but I could never tell him that I had been playing outside. My silence was an admittance of my guilt, and elder brother had no other choice but to counsel me with words tinged with affection and exasperation.

"If this is how you try to learn English, you will keep learning all your life and never a sentence will you be able to speak. Learning English is not a joke; else everyone would have become proficient in it. You have to spend days and nights in learning English and it is only then that you acquire proficiency. And what proficiency! Even great scholars cannot write a proper sentence in English, leave alone speak that language. You must indeed be very stupid that you do not learn a lesson from my efforts. I work so hard, you can see that with your own eyes. If you cannot see, then there is something wrong with your eyes, or with your intelligence. Have you ever seen me go out to the fairs or watch plays? Every day cricket and hockey matches are played, I don't ever go to watch them. I spend my time studying and, yet, I remain in the same grade for two years and sometimes three. Then, how can you expect to pass by wasting away your time by playing? It takes me two to three years to make it to the next grade; you will remain in the same class for years together. If you wish to while away your time in such idleness, it would be better if you return home and play tip-cat to your heart's content. Why are you wasting father's hard-earned money?